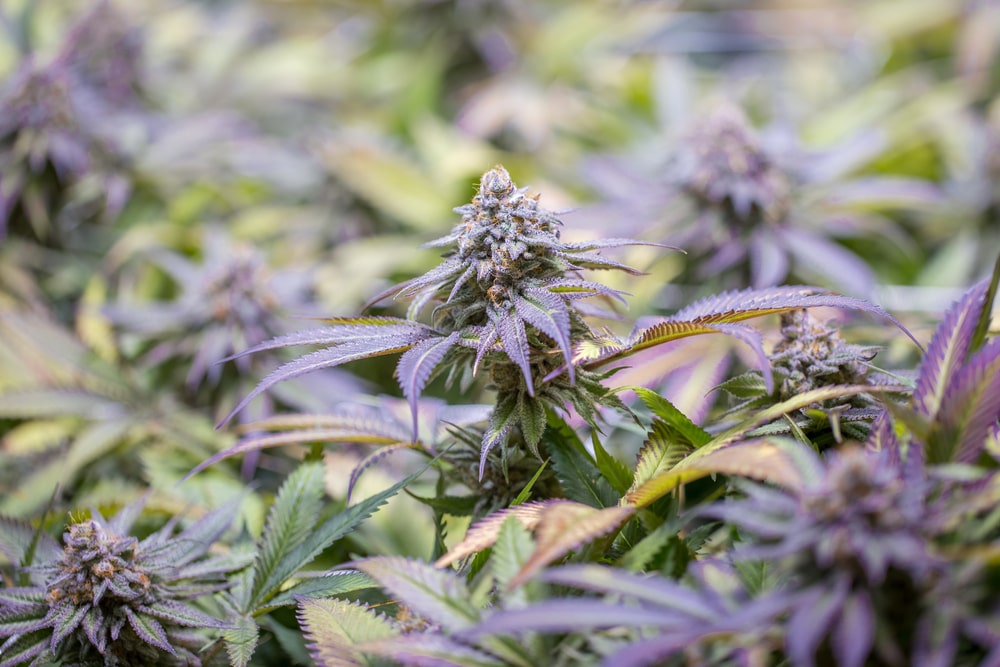 Just like the sweet, uncomplicated flavor of its ever popular berry namesake, the Blackberry Cannabis strain delivers a mouthful of nectarine goodness. A combination of two prominent herbs, Blackberry is an equally formidable variety that delivers light, airy, and innocent effects that can get you into the perfect relaxed mood.

With hints of euphoria and little episodes of giggles, the Blackberry strain can be the perfect mood changer after a long and stressful day. And because of its lip-licking flavor, the herb also promises to be a good choice for first-timers seeking out a suitable starter strain.

The Origins of Blackberry Cannabis Strain

Blackberry is one of those strains that has risen to achieve greater popularity and prominence than its parents. Although both justified in their distinct flavor and effects, Black Domina and Raspberry Cough have yet to achieve the level of stardom that their offspring has earned. For the most part, this obvious disparity is typically ascribed to the fact that Blackberry is far more prolific than both its ancestors. And with more supply, farmers are in a position to make it more available to buyers.

Black Domina is the combination of a variety of Cannabis herbs, all of which have earned their seats in the Cannabis hall of fame. Combining genetics from legendary landrace Afghani with the iconic Northern Lights, Ortega, and Hash Plant, Black Domina is soothing sativa that awakens the senses with spicy pepper and calms the body with its blend of tranquilizing effects.

On the other side of the family tree, Raspberry Cough sits pretty with her energizing effects. The electrifying flavor in the Raspberry Cough smoke is more similar to a berry that’s just at the brink of being ripe. The mild sour notes combined with a tangy zest can tickle the taste buds and induce a solid episode of sour jaws. In terms of effects, Raspberry Strain offers a blend of energizing, invigorating effects that make it the perfect pick-me-up or wake-up-call. 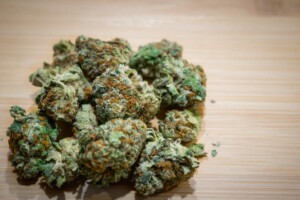 The tightly wound nugs of the Blackberry herb are characteristic of the quintessential indica. The thick clusters are slightly larger and of course heavier than the average strain, making the Blackberry variety stick out sorely amid a Cannabis line-up. With its oversized clusters, Blackberry effortlessly steals the attention of any buyer looking for an herb that promises distinct effects, given its impressive bag appeal.

Deep and dark, the rich purple and violet hues that race through as a backdrop to the delightful green overtones gives the Blackberry Cannabis strain a look that perfectly resonates with its namesake. All over, these nugs are covered in a rich overlay of fuzzy white trichomes that drip with the resinous goodness of CBD. And for added dramatic effect, the Blackberry variety touts a glorious crown of unruly orange hairs that twist and turn and envelope the nugs in a delicate cage of fiery protection.

Once you’re draw in by Blackberry’s interesting aesthetics, its distinct aroma pulls you in even closer. Sweet and tangy, notes of fruit freely waft from the leaves, allowing a blissful aroma to envelope you in its embrace. Minor hints of gasoline and bitterness linger in the background and drag through the tail end, but to the unassuming novice, these notes will often go unnoticed. 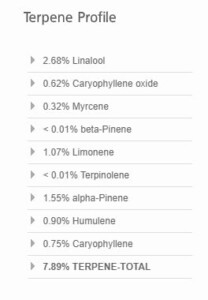 Sweet and smooth, the Blackberry’s smoke feels and tastes as though it was genetically engineered for novice smokers. The light, airy, and non-abrasive plumes pass effortlessly through the throat, leaving a trail of sweet nectarine flavor in its trail. And as the smoke imbues its chemistry into your blood stream, it begins to manifest the distinct affects you would expect from the indica leaning cultivar.

Big on relaxation, Blackberry allows perfect calm and clarity to rein over your system. The effects are slow to make a change and will typically creep in ever so gently as you wait for them. What’s especially interesting about Blackberry is that its impact isn’t entirely buildable, so even if you take a few extra tokes, you’re unlikely to reach overwhelming effects that might deter a rookie user.

With feelings of calm, serenity, and clarity coursing through your system, Blackberry gives rise to episodes of giggles and modest euphoria. Far from overpowering, the innocent effects are the perfect mood booster, adding to the benefits of relaxation by uplifting your disposition. On the downswing, these feelings all seem to blend together to create the ideal atmosphere and tune of mind and body for uninterrupted sleep. 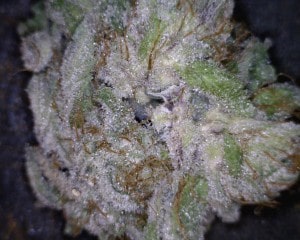 If there’s anything that farmers love about Blackberry, it’s that it’s an especially forgiving starter commodity. The plant doesn’t only grow fast, but also produces an abundance of bud which has become the reason for Blackberry’s widespread popularity. Requiring very minimal care, Blackberry thrives just fine outdoors where it can get loads of sun and fresh air.

As an indica, Blackberry doesn’t grow too tall. With most of its shrubs reaching just an average of 3 feet, pruning may be necessary to encourage outward growth and to give inner leaves access to more sun. Topping the plant just a few weeks before harvest can help bring out maximum flavor and aroma, and may bring more of the nugs to maturity for even fatter returns. Giving around 6 ounces of bud for every square foot of plant, Blackberry can be especially rewarding for first time farmers.

Pleasant and just plain innocent, Blackberry Cannabis produces an extremely delightful encounter that can be the ideal starting point for nervous newbies looking to get started on Cannabis. Without the buildable effects that other herbs generate, Blackberry doesn’t pose the threat of overwhelming the system with couch lock or negative feelings of apprehension and paranoia, which are more common with potent herbs that overexcite the system.

Although veterans might still enjoy the delightful flavors and easy effects that Blackberry offers, it’s far better suited to low-tolerance Cannabis-heads that might want something a little more controlled without sacrificing the strength of its relaxing effects.